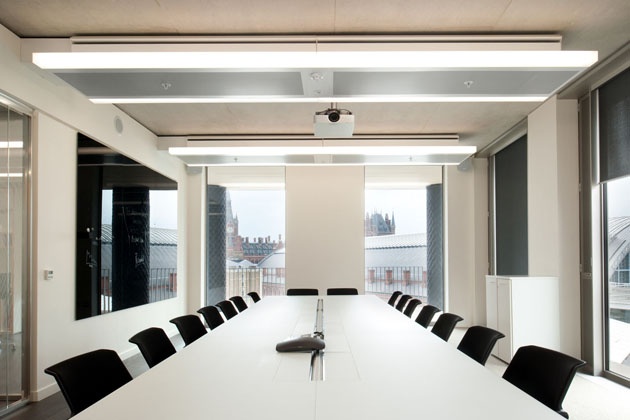 1 Upgrades that pay for themselves
Organisations such as the Carbon Trust and Salix, which provide funding for energy-saving projects, are being joined by a raft of new businesses offering to take on the upfront cost of a lighting upgrade and let you pay it for it from the savings on bills. 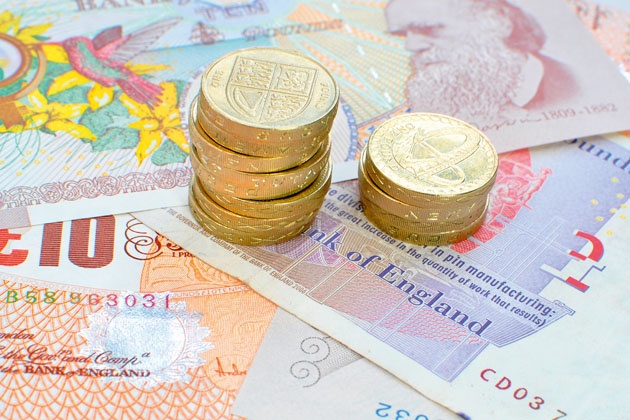 2 Controls
Controls are the big topic of conversation at the moment. Light sources are only half the story because everyone knows the most efficient light source is one that’s turned off. The rise of controls has come hand in hand with the rise of LEDs, which can be dimmed and can send and receive data. Improvements in user interfaces, and the ubiquity of smartphones and tablets, are also helping. And with the rise of wireless controls and power-line communication, it’s no longer such a faff to add controls to an existing building. 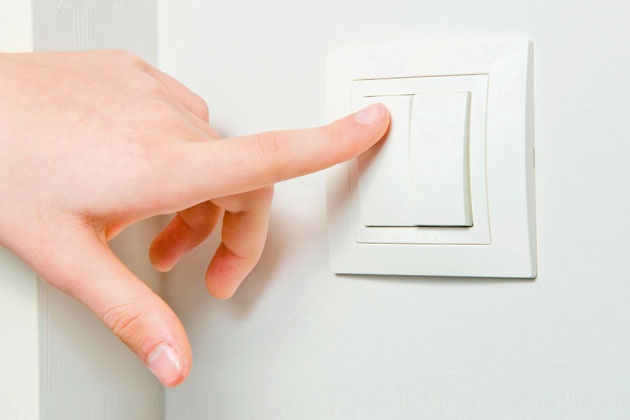 3 From T5 to LED
LEDs have conquered pretty much every lighting application – but offices have been slower than others to make the switch, largely because the prevailing technology – T5 – is still highly efficient for diffuse area lighting, and way cheaper than LED. So for many users, the numbers just don’t add up for a big LED upgrade. The tide is turning, though – LEDs are getting more and more efficient and are highly controllable, which unlocks quicker paybacks. As big manufacturers go all LED, it may soon be the only choice… 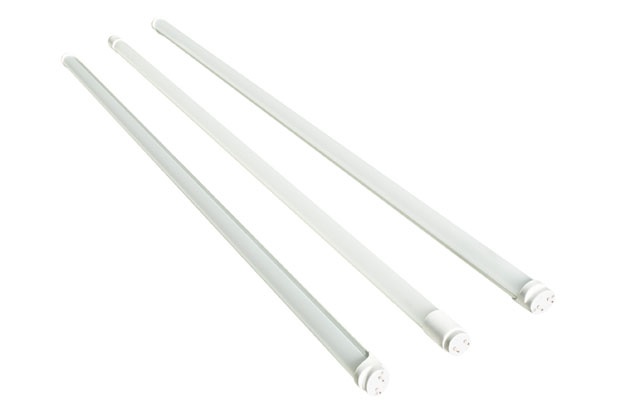 4 The end of the louvre?
The LG3 guide was written in the 1980s to prevent glare on computer screens. As a result, recessed louvred fittings that create a cave effect became the norm in offices. But screens have changed a lot since the 1980s, as has the way we work. The latest guidance for workplace lighting puts the focus where it belongs: on people. This, together with the design freedom offered by LEDs, means you don’t see as many louvres as you used to. You’re more likely to see some kind of crazy modern design. Or LED panels.

5 Adapting to new working patterns
We don’t work in the same way we used to. Mobile working and hot-desking are growing, and people may work in different spots throughout the day. This means task lighting is increasingly important to give people control. Some countries have a stronger tradition of task lighting than others, but it’s getting more popular. Partly because you can save energy by lighting only what you need to, and partly because it’s nice to give people some control over their own lighting. 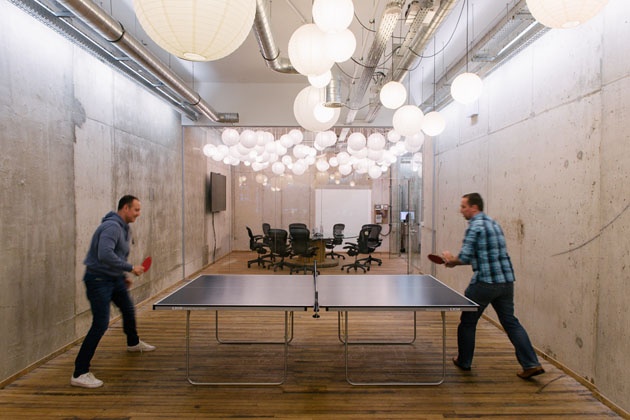 6 Power to the people
‘Give people control of their lights’ is the rallying cry from designers. Or at least give them the appearance of control. In some experiments, placebo light switches that supposedly dimmed lights very gradually – but in fact did nothing at all – helped improve staff satisfaction with their lighting. Oh, and don’t let your control system be let down by a clunky user interface. Make the controls easy to use or people will just override them and they won’t be used at all. 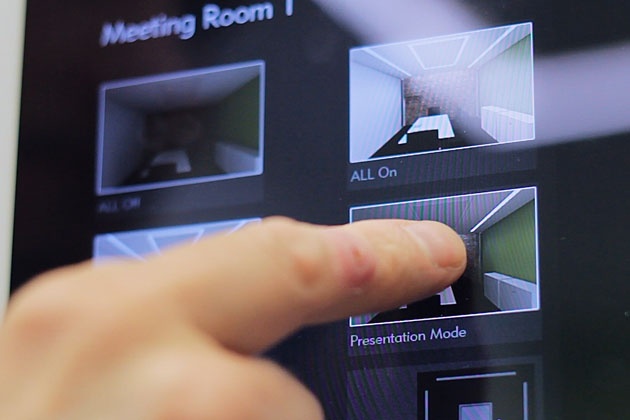 7 Wellbeing and productivity
Health, wellbeing and productivity are now big considerations for workplace lighting. This usually means intense blue-rich light in the morning or at times when you want people to be alert, and warmer, softer light in the afternoon and evening when things are winding down. This mimics the change in the characteristics of sunlight through the day and makes sure our body clocks keep ticking at the right speed. In settings where people are working, learning, or undergoing medical treatment, this is essential. 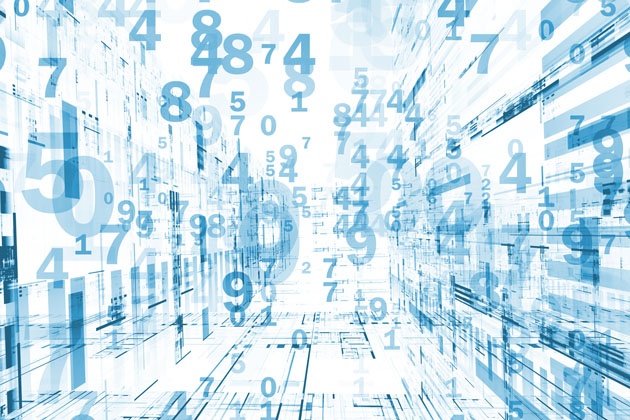 8 Monitoring
Controlling your lights is a big step forward. Monitoring the data and doing new things with it is another. By looking at how much lighting energy is used in your estate at different times and under different conditions, you can open the door to even bigger energy savings by spotting patterns and understanding better how your buildings are used. 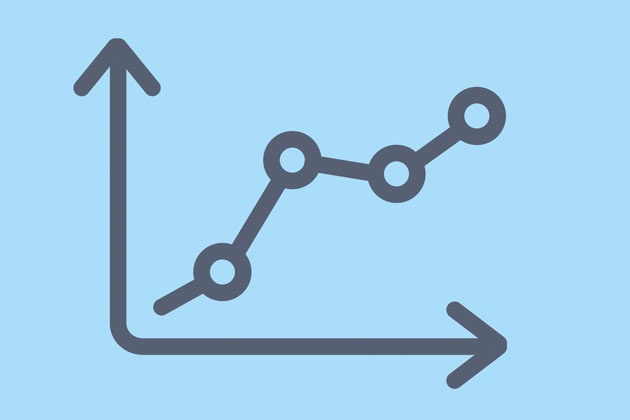 9 Beyond light
Heard of Li-Fi? It’s like Wi-Fi, but instead of sending data in radio waves, it sends it in light. This is done by modulating the light from LEDs in a way that’s invisible to the human eye, but can be picked up by a receiver attached to a computer. The result is a super-fast wireless connection. Edinburgh-based PureLiFi – recently valued at £14 million ($21 million) – is commercialising the technology (see page 22), while other companies are using similar techniques to create super-accurate indoor positioning systems. 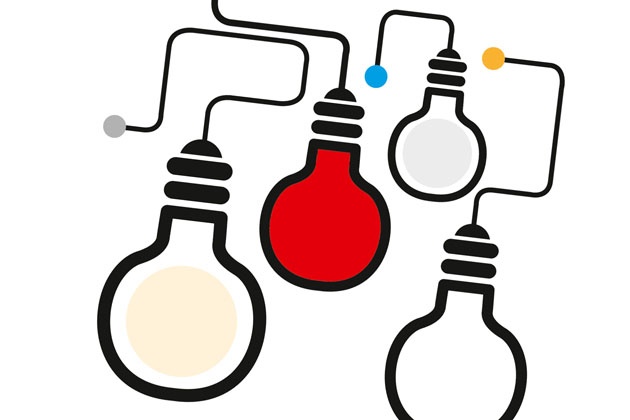 10 The internet of things
The ‘internet of things’ describes what will happen when it’s no longer just computers and phones that are connected to the internet, but everyday objects and devices such as fridges, heart monitors and items in shops. Not only does this present great opportunities to do new things with lighting, it also puts the lighting industry in a powerful position – because every building in the world already has lights all over its ceiling – the perfect network to build on. New tech business Gooee is mass producing microchips and sensors so manufacturers can build them into LED modules.